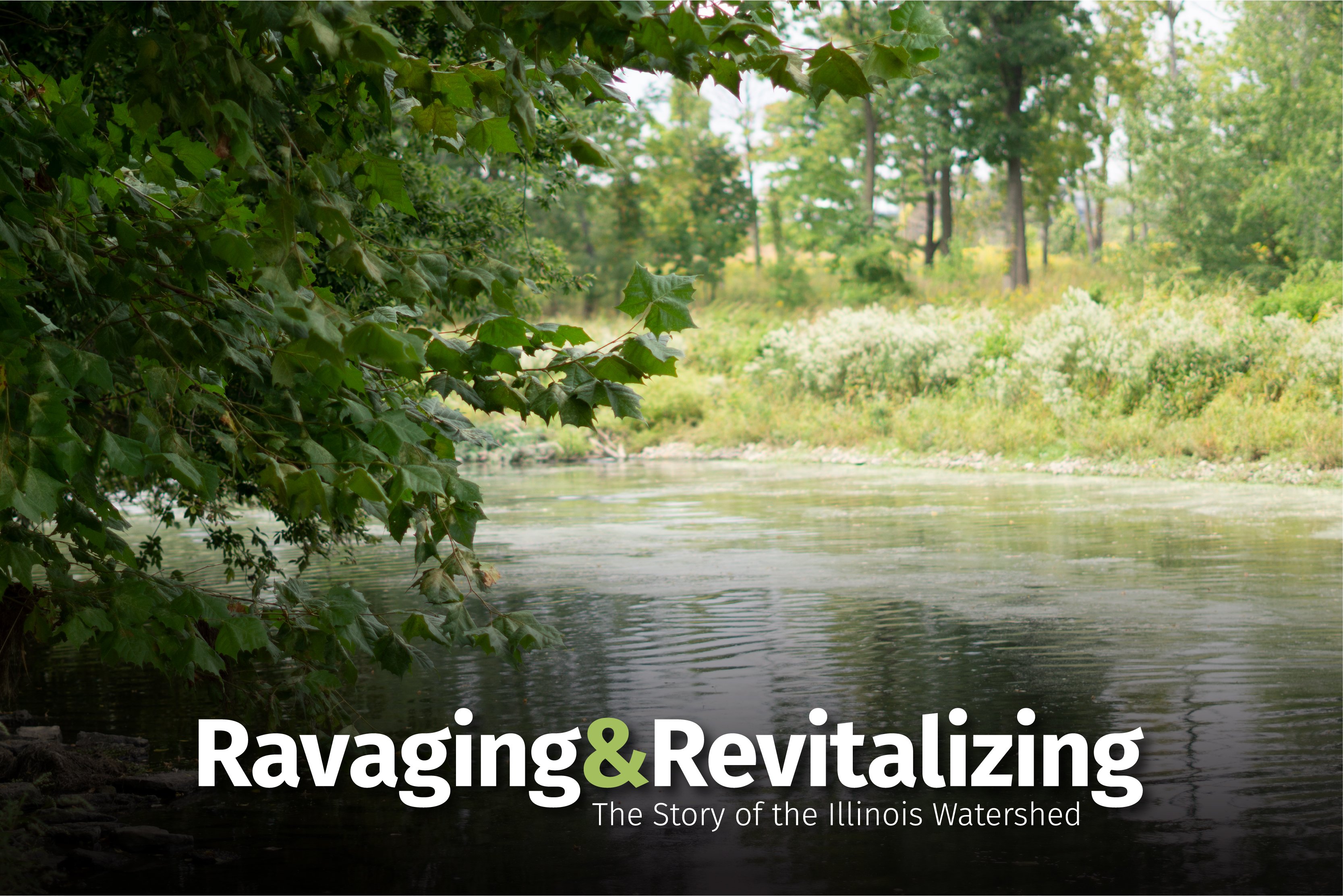 Chicago and its surrounding area are located on the ancestral lands of many Indigenous tribes, including the Ojibwe, Odawa, Potawatomi, Fox, Ho-Chunk, Illinois, Kickapoo, Miami, Menominee, and Sac Nations. For many centuries, even millennia, before Europeans arrived on the continent, tribes lived in reciprocity with the land – growing crops, hunting game and using these resources for sustenance and trade. Artifacts have been discovered in the area dating from 6500 B.C., highlighting the area’s long history as the homeland of Indigenous people.

This era was marked by a symbiotic relationship between land and inhabitant, the people were taught never to take more than needed from the earth. There is a term in some Native cultures for this deep respect for the life-giving elements the land offers called “Honorable Harvest.” It is the recognition that in order to survive, you must take from other living elements of the land to sustain yourself, and you must do so in the most honorable and respectful way possible, giving back as you take.

While there are no set “rules” for this way of living, Robin Wall Kimmerer, a botanist, member of the Citizen Potawatomi Nation, and author of “Braiding Sweetgrass,” offers some guiding principles:

This way of giving honor to the living elements of the earth allows for a holistic view of one’s place in the world, allowing a greater appreciation of the gifts received each day. John Witte, Civil Engineering Practice Lead at WBK Engineering in St. Charles, Illinois, further explains, “Becoming a conscious part of the consumption and creation cycle led to a deep relationship with and knowledge of the land that sustained Native life for centuries.” WBK has a unique viewpoint to this history, as it is part of the Bodwé Group, a family of architecture and engineering firms wholly owned by the Pokagon Band of Potawatomi. “The work we do, and more importantly, how we accomplish it, is heavily influenced by our Tribal connections. Above all, we are dedicated to shaping and restoring the land in ways that are respectful and protective of our natural abundance.”

As European settlers began to arrive in the 1670s, the majority of Native tribes did not see them as an immediate threat, even choosing to share their immense knowledge of the land and its waters with the new inhabitants. Witte provides an example, “Members of the Miami tribe guided French explorers to a portage between the Des Plaines, Chicago, and Illinois Rivers where watercraft could easily be transported from one river to another.” 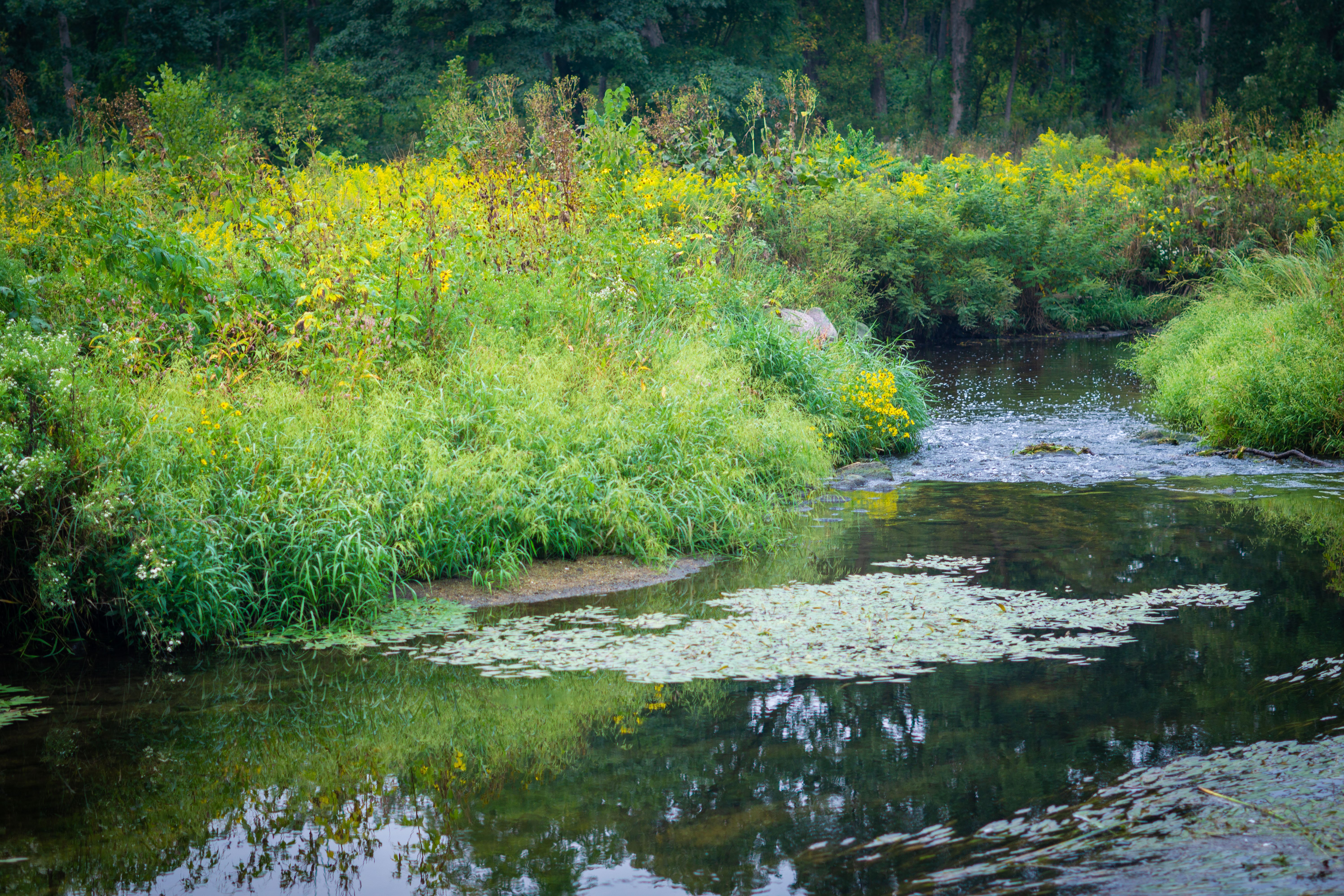 Chicago grew rapidly as a population center because of its strategic location between the Great Lakes and Mississippi River. “Even beyond that,” adds Witte, “by carrying their boats over a ridge in what is now Chicago’s Little Village neighborhood, traders could reach the St. Lawrence River to the north, Allegheny River in the east, Gulf of Mexico in the south, and the Rocky Mountains to the west.”

This geography helped Chicago become a Midwest metropolis, but not without additional Native assistance. Kittahawa, a Potawatomi woman, and her husband Jean Baptiste Point DuSable, were important liaisons between tribes and explorers, setting up a busy trading post for Native American trappers and European traders. Intermarriages became common, a sign of how cooperative the relations were during this time.

Trade relationships helped maintain relative harmony throughout the 1700s, until the War of 1812 significantly affected the region. The Treaty of Ghent between the British and United States ended the war, but largely ignored protections for the tribes who fought alongside the British. This reinforced the mistrust between the sides, and relations quickly crumbled as the British no longer felt a strategic advantage to cooperating with tribes following a shift toward commercial agriculture and industry for the area.

In 1830, President Andrew Jackson signed the Indian Removal Act, forcing tens of thousands of Indigenous people west of the Mississippi River. This was just the first of many forced relocations in the coming decades, as tribes were moved from land to land, treaties broken as soon as they were signed.

Relocation was a tragic undertaking for the tribes and their people. Some estimate that more than 100,000 men, women, children, and elders were pushed west of the Mississippi, to states including Iowa, Nebraska, Minnesota, the Dakotas, and Oklahoma. Many didn’t survive the journey, and those who did were settled into unfamiliar land, short on resources and supplies for long-term sustainability. This began a cycle of trauma, poverty, and difficult living conditions that, unfortunately for many, continue into today. 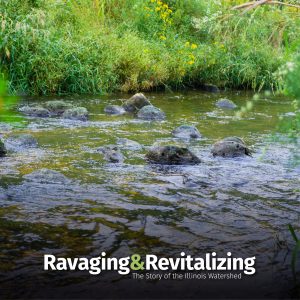 Ravaging and Revitalizing: The Story of the Northern Illinois Watershed – Chapter 1 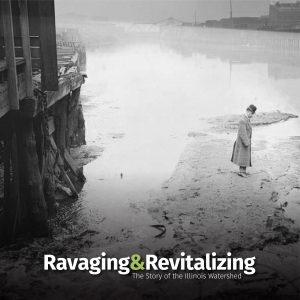 Ravaging and Revitalizing: The Story of the Northern Illinois Watershed – Chapter 3 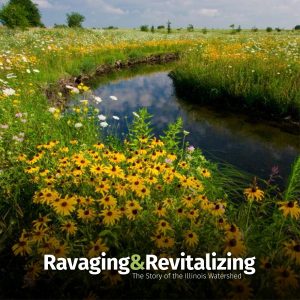 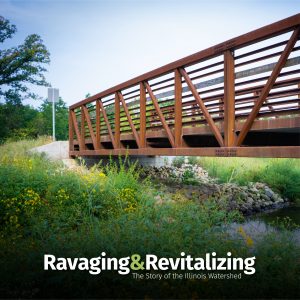 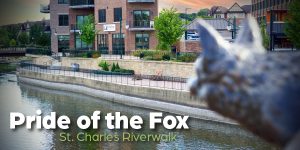 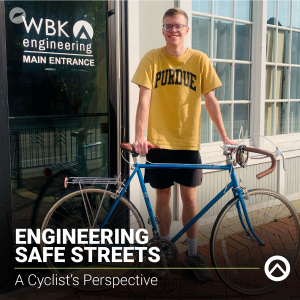